This coming Sunday (28th January) is World Leprosy Day and we hope that you can bring our work to the attention of friends and your congregations in support of people affected by leprosy everywhere.

World Leprosy Day was the idea of the French humanitarian Raoul Follereau, who dedicated many years to fundraising and helping those affected by leprosy. It began about 60 years ago, initially as a day of prayer to achieve two things. First, Follereau believed that those affected by leprosy should receive the same respect, dignity and quality of care as any other patient. Second, he wanted greater awareness of the disease, to change attitudes and to reduce stigma. Nepal Leprosy Trust has worked hard for over 45 years towards both these ends, with ground-breaking community work raising awareness about leprosy, by fighting against stigma in the communities around our project, and with the provision of high-quality care for people affected by leprosy at our Centre at Lalgadh. Lalgadh Leprosy Hospital and Services Centre is one of the two busiest leprosy centres in the world today.

Please do support us with prayer and awareness activity if you can. 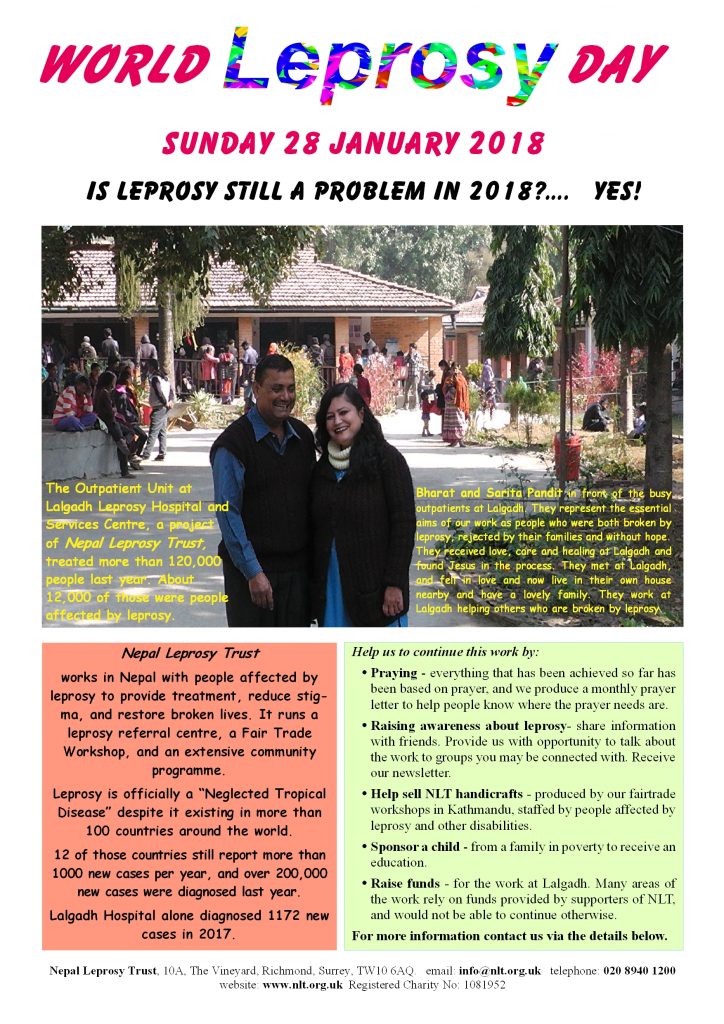